[ Disclaimer ] This idea and inputs are from BabyBNB Bezoge Ernesto

1- Analysis of Axie’s success in the Philippines

“I really think that Axie became super big because kids, young adult, adult, old adult etc are playing it because they can invest their $1,000+ and they can have their return of investment in less than a month, Axie is really big in asia right now especially here in the philippines, kids, adult they play up to 10 hours a day just to earn around $20 to $40 a day, I really hope that Bezoge’s developers can get inspirations and/or a more better idea”

"Here in the Philippines, the minimum salary in a day is ~ $10 only, so imagine what impact the Axie game made on financial income of families here in the Philippines or other third-world countries, I definitely think that Bezoge is way far better than Axie. If we could make people invest in the game so they can earn and have their return of investments very quickly then its definitely it is game over"

“Here in the Philippines, everyone - everyone ! - is talking about “Axie”, and it has gone full main stream although (in my opinion) it is not an exciting game ! But people are playing it because they can earn twice or thrice the minimum wage here ! This is a key variable to understand”

“People in Philippines are making more money by playing Axie than their actual day job. Some are playing Axie during their day job and make double !”

“In addition, if we could make game influencers to play it then its also game over for us. There’s this one youtuber here in the Philippines, who has I think ~10 million subscribers. The day he tried and played Axie on his youtube vlog was the day every one started talking and playing it. Imagine: this is only one country, if we could make game influencers try and play the main Bezoge game in the future, it would be a huge success”

(a)
“I think that “invest then play to earn” with be the trend for the next coming years. If we have that incorporated in our Bezoge game then Bezoge is and will be an absolute, huge, massive hit”

(b)
“We need to target AKOSI DOGIE as influencer / youtuber in the Philippines when the beta version is out. I think most of the filipinos here will agree that when it comes to mobile games etc he’s the man, everything he touches turns into gold. He became famous because of Mobile Legends” 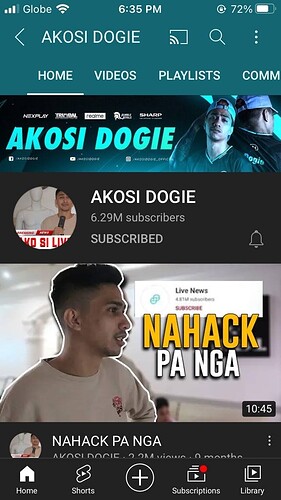